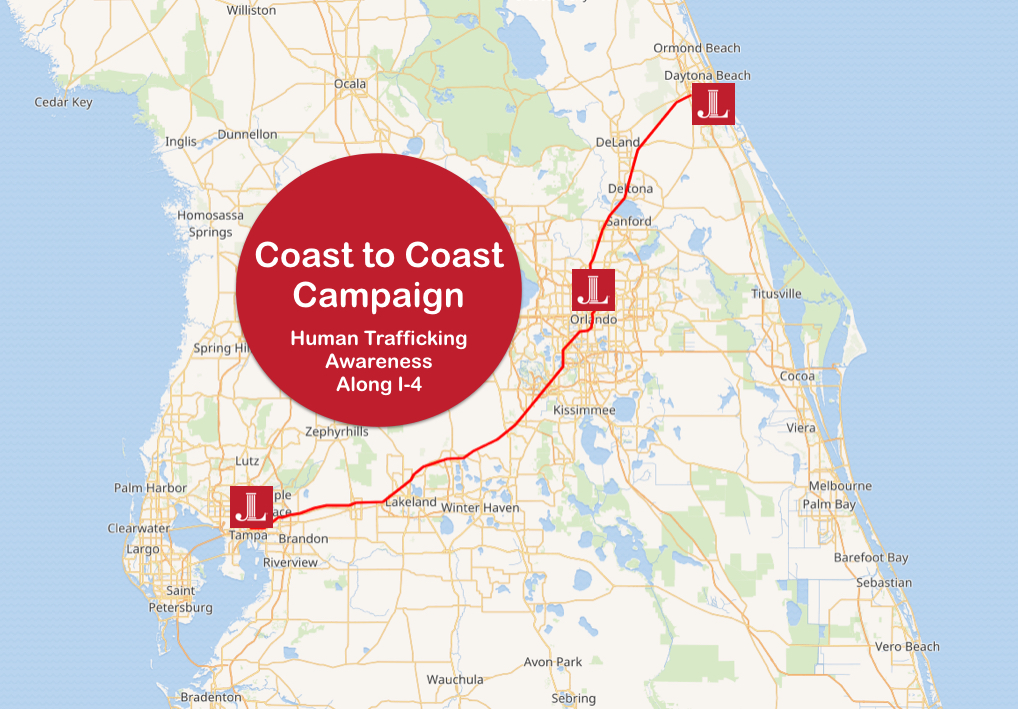 According to the Florida Department of Health, statistics rank Florida as the third highest human trafficking destination in the United States with half of all trafficking victims under the age of 18 (Source).

To learn more about human trafficking, please review the materials below:

The Junior League of Greater Orlando (JLGO) is an organization of women committed to promoting volunteerism, developing the potential of women, and improving the community through the effective action and leadership of trained volunteers. Our purpose is exclusively educational and charitable.

By continuing to use the site, you agree to the use of cookies. more information